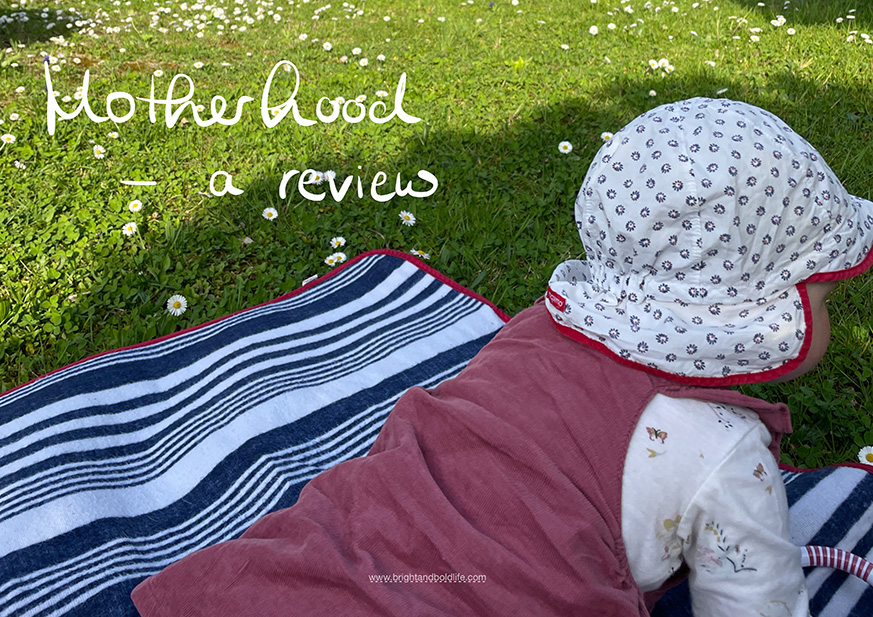 I have been meaning to write this post for four months now. I stopped and started at various times, but never got very far – which maybe already tells you everything you need to know about how motherhood has been going… haha!

Our daughter SJ was born in early August last year, so she is now already 10 and a half months old. It is crazy how fast this time has gone! Even though parenting a small baby is not easy, this last year has for sure been the best year of my life. Before SJ was born I wondered whether I would enjoy the Baby-stage – it seemed a bit boring to me. I am glad to report that it has been a lot of fun. Also, I worried that I might struggle postpartum as I have experienced some quite serious episodes of depression in the past. But despite often being pretty overwhelmed and being tired ALL THE TIME, some of the most dominant feelings I had about motherhood were happiness and gratitude. All that to say; motherhood is such a whirlwind of opposing emotions. Someone recently asked me to describe my experience of being a mom so far in one word. I found it impossible. I am even finding it hard to describe it in many words. Especially in the early days I remember going from “I was made for this” to “I have no idea what I am doing, I am so ill-equipped” in the span of five minutes.

I have been a bit hesitant to share much about motherhood on here and my social media. I am so aware that there are so many women out there who wish to have a baby and are still waiting to meet “the one”, for their partner to be on the same page, or to become pregnant. And then there are women who find being a mom not quite so easy or wonderful and feel guilty for it. I don’t want to add to any of this pain.

However, I still wanted to capture some of my experiences and thoughts on what the last 10 months have been like. Let’s start at the beginning, shall we?

Preparing for the birth

In my second pregnancy update I wrote a bit about how I felt about giving birth: I was hoping for minimal intervention but was open to whatever was necessary.

In the lead up to SJs birth I had heard quite a lot about hypnobirthing, supernatural birth and the like. In principle I agree that our minds play a big role in our physical experiences. Fear can cause us to have more pain and worrying about everything that could go wrong robs us of joy pretty quickly. But a difficult birthing experience is therefore not automatically due to a lack of faith or a weak mind. Positive thinking can only do so much. Similarly, using painkillers or having a c-section are not “doing it wrong”.

So if you are pregnant right now – yes, fill your mind with positivity. Trust in God’s goodness and the fact that he is in control. But don’t feel any pressure to perform some sort of miracle with the power of your mind. Birth is a miracle. No matter if it is painful or not. You will be awed either way, I am sure!

Giving birth (don’t worry, I am not going into detail!)

I wouldn’t describe SJs birth as overly painful (even though it wasn’t painfree either). Rather, it was very very exhausting. My waters broke just after midnight on Friday. We made our way to hospital a few hours later. I was convinced that by night, we would hold our baby in our arms. Nope. Lots of starting and stopping, and very little progress.

Around came Saturday. Things progressed a bit more, but very slowly. Still, I thought, “today is the day!” Which it wasn’t. It took until Sunday morning. At points during the night it looked like we would have to go with a section, but in the end were able to avoid it. 52 hours of labour got the job done!

For me, the hardest part was  definitely the starting and stoping of contractions. So many times I thought, okay now! And then nothing. I found it mentally very exhausting. The last stage when the actual pushing and all that started (the bit you see in the movies) was when it somehow was easier. Now I knew that something was happening. It was physically hard, but so much easier mentally.

And then, there was SJ. Our little girl. Completely perfect. It was just such a wonderful moment when we finally held her in our arms. She screamed so loud! And kept on sneezing. I didn’t really know what I was doing but the midwives were so great and we were so happy.

Afterwards, I was pretty high on hormones and emotions. I felt like I had just ran a marathon and won. Writing about it kind of makes me want to do it again! Haha. Looking back, the early days of motherhood were hard. We stayed in hospital for a few days and then went home. Because of Germany’s lack of midwives and summer holidays we had no professional support after leaving the maternity ward. Before the birth I hadn’t been worried about this too much. But oh boy, I so wished afterwards that there would be someone we could go to with our million questions.

We watched YouTube videos on how to burp a baby, it took me three weeks until I managed to breastfeed sitting in a chair (rather than lying next to SJ) – by which point I had almost resigned to the fact that I could never leave the house with my baby, unless I was willing to lie down with her by the side of the road to give her milk. A few weeks in, SJ had a stomach bug and would not stop crying and we were so worried.

It also took me a while to be fully back on my feet – the labour had left me quite exhausted, and I spent a lot of time in bed. But we got through it! It was incredibly helpful to live in the same house as my parents – they helped us so much. We got home-cooked meals, my mum did our laundry and helped with the cleaning. I really don’t know how people do it without a support network.

Eventually, I learned to breastfeed on the go, we knew what to do when SJ had gas and got quicker at changing nappies. I wouldn’t go as far as to say that we got into a routine, but things became much more manageable.

Honestly, things kept and keep getting better. We do have a routine now and parenting just gets more and more interesting and fun. Right now, SJ is crawling, she says “Mama” and “Nein nein nein”. She learned to blow raspberries, which is hilarious except when she does it while eating purreé… She adores being in the water, books and soft toys are her favourite. Seeing her cuddle a teddy bear is the cutest thing. She is feisty and funny and seems to really enjoy meeting new people. I am excited for all what is to come and all the next phases of motherhood. What a privilege to witness her grow and learn and live. 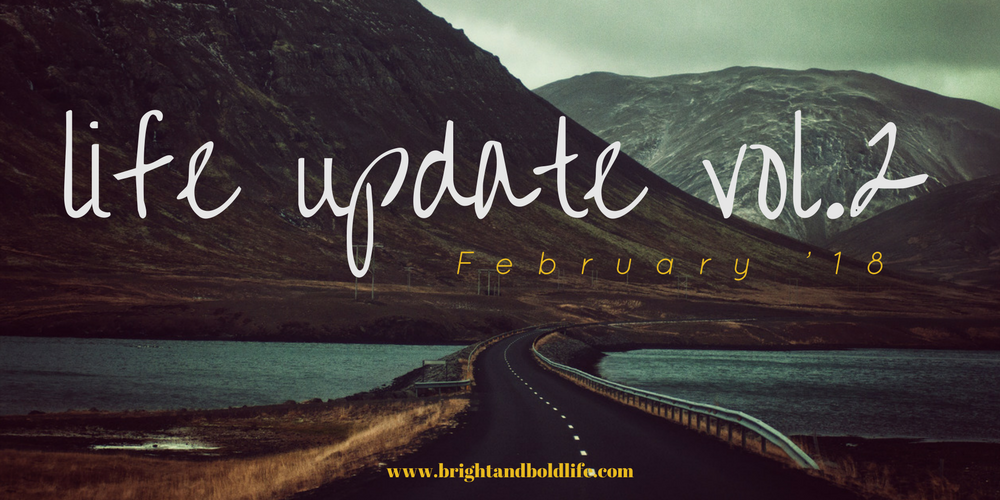 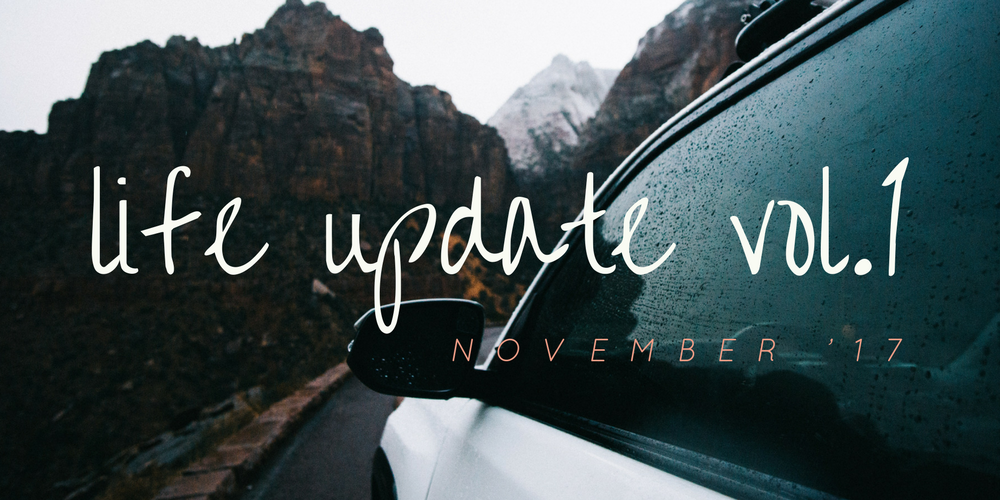 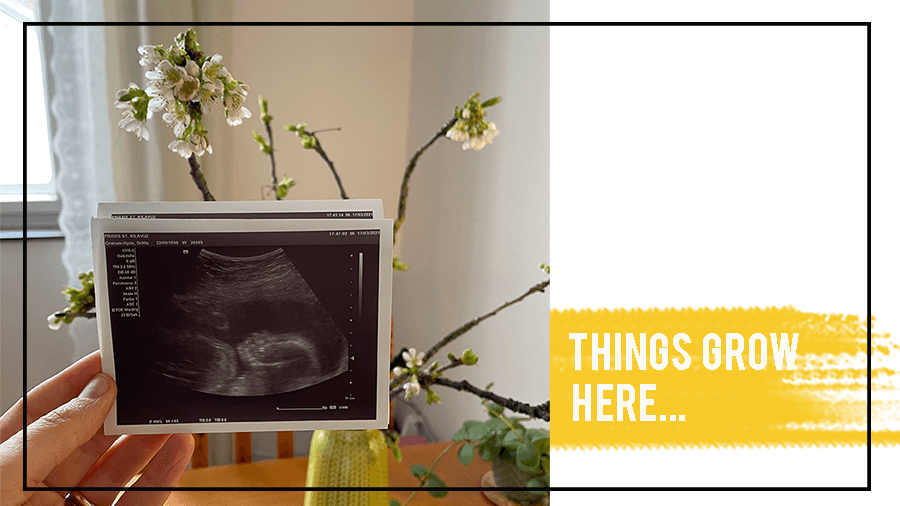 I have some news: things grow here