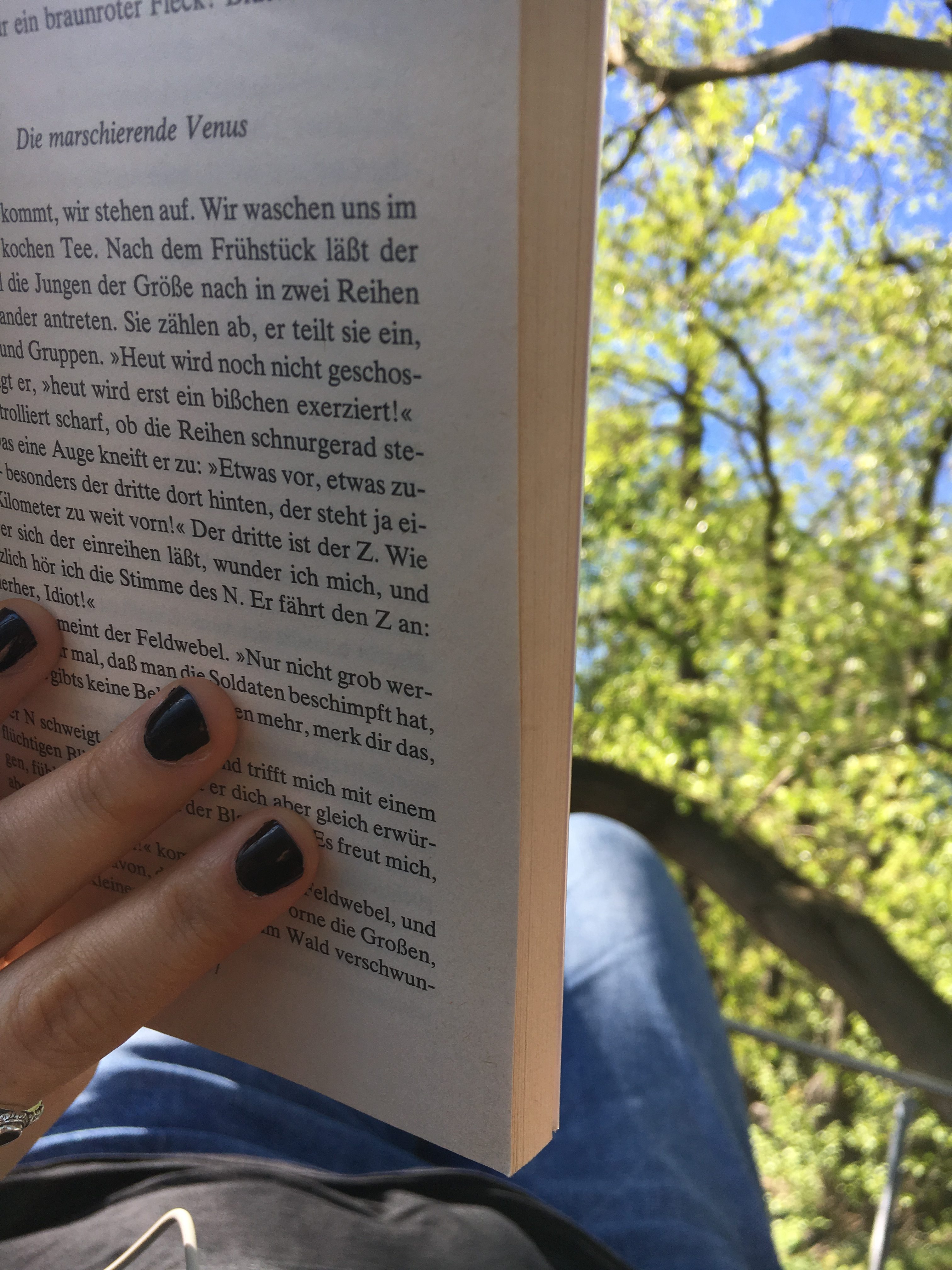 Since I have arrived in Potsdam I have found myself with much more evenings to myself than I normally do. Some nights I had to do work but often I curled up on the sofa with a book and a cup of tea.

This year I have already read (or listened to) 16 books. I am only a few pages away from finishing book number 17, which means that, on average, I have almost read a book a week  in 2019(!). Normally I finish about 1 to 2 books each month, so this speed is rather unusual for me. Not knowing many people here and spending quite a bit of time on my own hasn’t always been so easy but I have enjoyed have time for the things I love, like reading and knitting.

Let’s get into the books I have read this month!

I started listening to this in March but finished it this month. The book describes an America where extreme Conservatives take over and forbid women to speak more than 100 words per day. It’s a pretty thrilling story and some interesting critique on some current political developments.

I give this book 4 out of 5 stars. I love the premise of the story but some elements of it are a bit unbelievable and some things in the end didn’t seem quite realistic to me (I won’t say anything more to avoid spoilers. However, if you have read or listened to this book, I would love to discuss!)

‘We crossed a bridge and it trembled: Voices from Syria’ by Wendy Pearlman

I read this as part of the ‘Life’s Library Book Club’. I am so glad I did. It has not been an easy book. I read it alongside a novel, as it is not something I could dive into before bed. The author has interviewed many Syrians and they told stories about life in Syria, about the revolution, about their hope and the nightmare it turned into. They talked about having to flee a country they loved, leaving behind family, lives they had build, their homes, businesses, careers in order to preserve their lives. It is heart-wrenching. But reading about people’s courage and hope and their determination also was really inspiring. 5 Stars and highly recommended.

This book is a classic (apparently after the Bible the most printed book in existence!). The story is written from the perspective of 19-year old Paul who is a soldier during the First World War. It depicts the horrors of war – pretty shockingly at points – but it also has sections that made me laugh. It was interesting reading this after learning about some of the details of the war in Syria. Made me realise that not much has changed in 100 years. Humans have such a great capacity for evil.

5 Stars. Another one that everyone should read.

‘Das möge Gott verhüten’ by Majella Lenzen (I don’t think an English version exists of this so far.)

An autobiography of Majella Lenzen who used to be a Catholic nun. She lived and worked in Kenia, Tansania and Simbabwe for over 30 years. She was dismissed from her position and relieved of her monastic vows as a result of her distributing condoms to prostitutes. I felt inspired by her commitment and bravery. Her reflections on the things she had learned through a lot of hardship made me realise how important it is to not become too sure of one’s way of seeing the world and to keep communicating with those who see things differently.

I give this 4.5 stars. If you speak German and enjoy biographies, you will love this book.

The story is quite hard to describe in a few words. The main protagonist is an idealistic teacher who lives in a totalitarian state. The book starts by him almost losing his job for saying that black people are also people. Things progress – one student dies, another one gets murdered – but these events aren’t really the heart of the book. The fascinating part is the inner dialogue of the teacher, his conflicts with himself, with God and the world around him. I also loved the language the style of the writing.

I have been reading a chapter of this book each morning and it’s been a real encouragement. Nothing really new in here but a lot of great reminders about how good God is and that he welcomes us – again and again – no matter how often we fall.

It’s a good book but the style of the writing wasn’t my favourite. 3.5 Stars.

What have you been reading lately? Any recommendations? 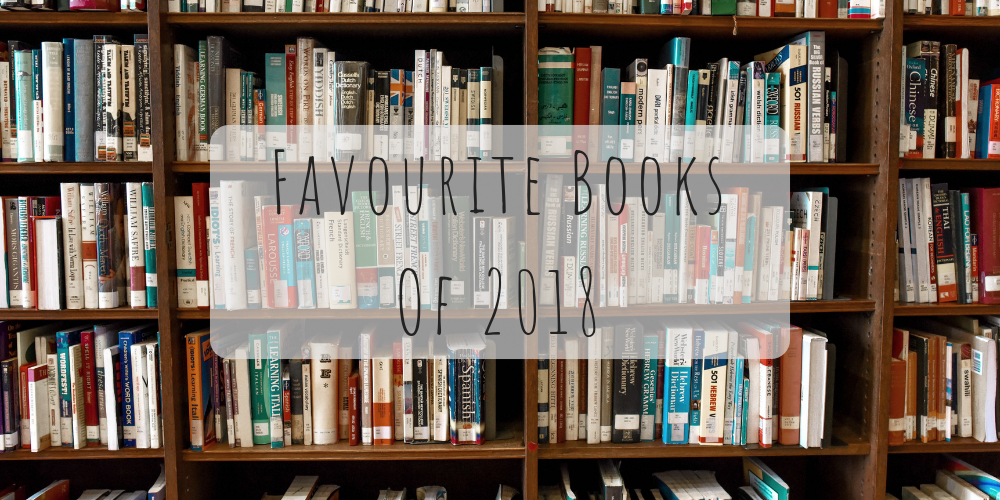 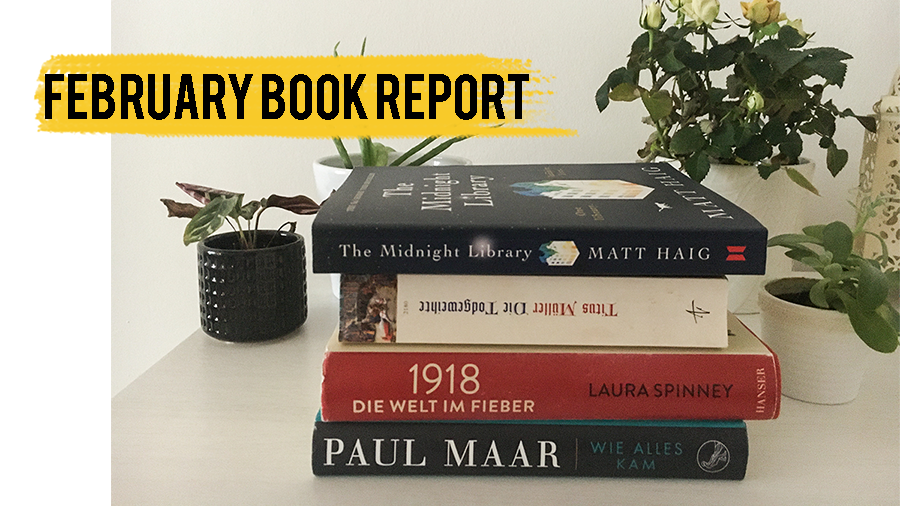 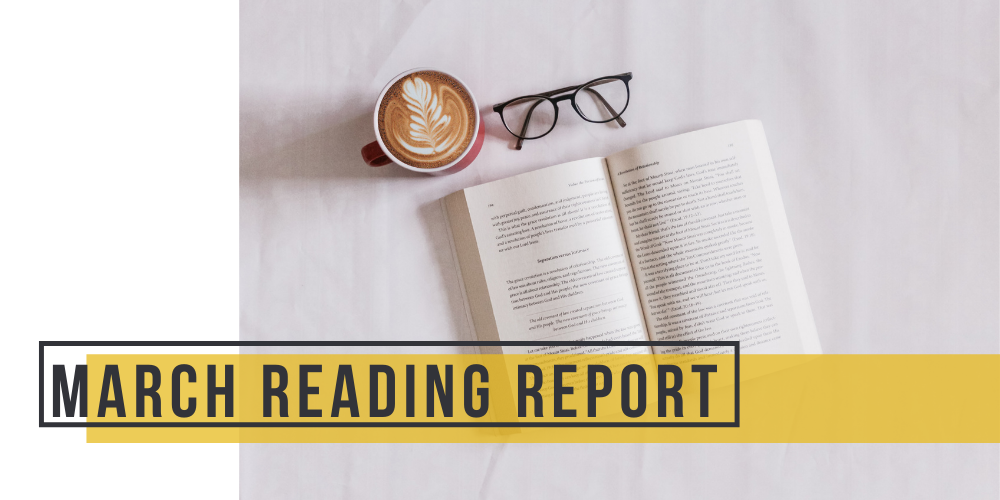